Hailed by NME as one of their 100 Most Essential New Artists, Tom Grennan is a really exciting talent in the music world. We caught up with him ahead of his live set at the Virgin Money Unity Arena

A Tom Grennan live show is a pure spectacle, with light shows, mass singalongs and charisma oozing from the singer’s every pore. His performance at the Virgin Money Unity Arena this summer was no exception, with a ground-breaking interactive light app that fans waved in the air as he belted through a set of fan favourites. The Bedford-born singer-songwriter’s star is on the rise, with his music described by the NME as ‘sky-reaching but streetwise soul-pop’ and his first album, ‘Lighting Matches’, becoming one of the best-selling debuts of 2018. But how has lockdown treated him? And when is his long-awaited second album going to make an appearance? We sat down with him to find out…

So, tell us, how does it feel to be performing at the Virgin Money Unity Arena?

I can’t wait, I’ve been itching to get back on stage, to just be in front of people and to have that interaction with a crowd again. I can’t wait, it’s going to be fun and I think the [socially distanced] set-up’s amazing, wicked. It looks futuristic, it looks mad. The energy’s been really good, I think people are just wanting to get out of the house and actually hear live music.

2020 has been a very strange year – how have you found lockdown?

I actually really enjoyed lockdown. I moved back to my Mum and Dad’s house and I got fit, stopped drinking and stopped smoking. For me, it was a time to reflect on what I wanted to do and how I wanted to present the next album.

Can you tell us a little about your new album?

The album is done. It’s signed, sealed and delivered. I didn’t want to put an album out through lockdown – I didn’t think it was the right time to put a body of work out when we were all going through a massive pandemic.

This album’s all about a past relationship and me coming to the realisation that I was actually the toxic one. I thought it was all her doing – and actually it wasn’t, it was me, I let ego get in the way of it, I let all sorts of different things get in the way.

The whole album is kind of a sorry letter. It’s also a thank you letter, to say, I’ve grown up because of this relationship and that I’ll always love that person, but unfortunately it didn’t work out. The album is there and it’s ready to go, and I can’t wait for it to come out.

Have you played Newcastle before?

I’ve played Newcastle a few times. It’s always a rowdy one here, so I can’t wait. All my family are here, and my friends are coming up, and the North is just wicked isn’t it, so it’s always a good one.

We’ve created an app for this show as well, which people can download. Hopefully it’s all going to light up and be interactive, so people can get involved. Especially with people coming back to a gig, I was like, how do we get that immersive, ‘everybody doing the same thing’ moment? I think we’re the first people to do it in music so it’s going to be amazing. It’s sick to be back – I can’t wait.

Watch our interview with Tom Grennan 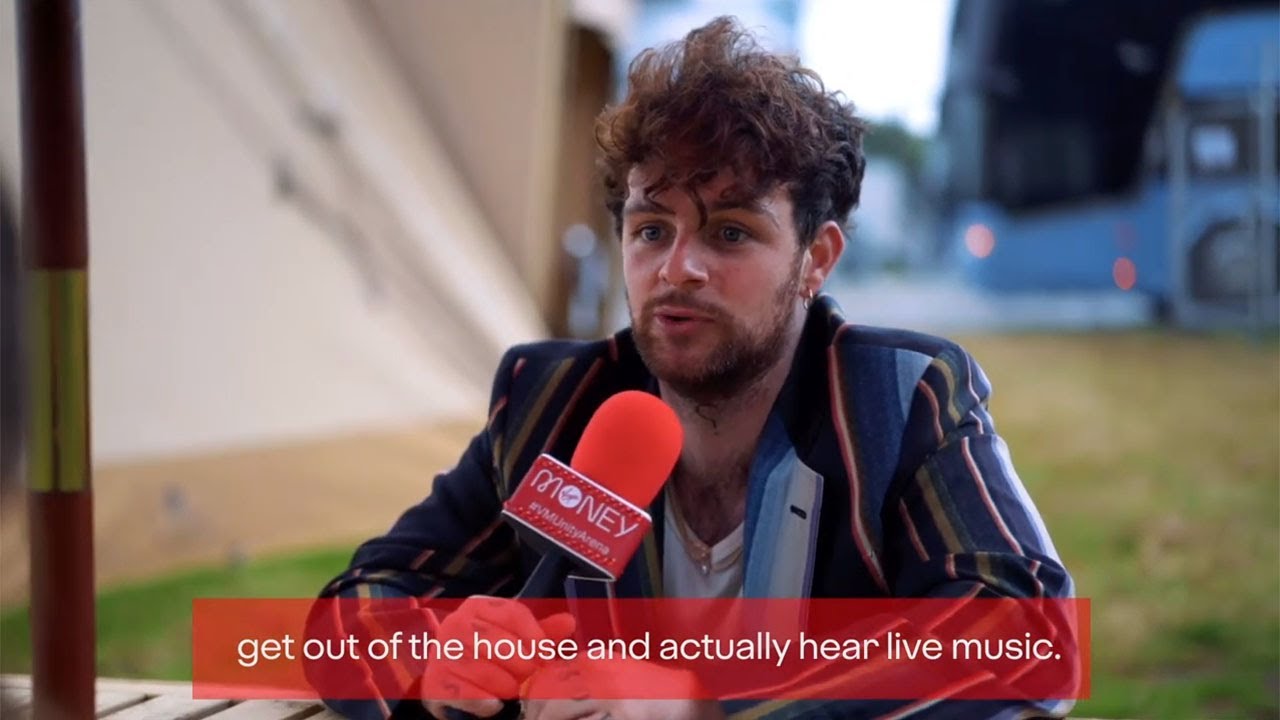